There is currently no official explanation from the Indian government on VLC Media Player Banned in India, and they cannot access the VLC portal. Even though the popular internet service providers (ISPs) in India, including Airtel, Reliance Jio, Vodafone-idea, and others, do not permit their customers in India to access the VLC portal, you can still access the website on your mobile device or laptop by using a virtual private network (VPN).

MediaNama states that the VLC Media Player was supposedly restricted about five months ago, without any prior warning from the govt. Or the VideoLan organization. The “ban” did not catch anyone’s attention since the VLC applications continued to function generally in India and only limited access to the website. 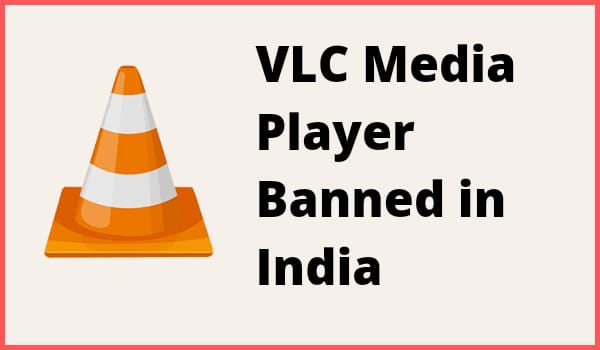 It’s essential to remember that the government has not made any statements on this topic. However, in April 2023, cybersecurity experts declared that a Chinese hacking group known as Cicada used VLC Media Player to spread malware onto computers as part of a hacking effort funded by the Chinese government.

This is important since the government has not publicly discussed this matter. Information security professionals make these allegations, and no official government report discusses the Chinese government’s role in this incident.

According to reports, the Cicada cyberattack is taking place on all three continents; it is designed to gather intelligence; it has already targeted many organizations involved in political, legal, and religious endeavors; and it has also targeted non-governmental organizations (NGOs).

There is proof that the threat actor used a Microsoft Exchange server to access some of the affected networks. This would signal that the hackers exploited a known vulnerability on machines that had not been patched.

After gaining access to the target personal computer (PC), an attacker installed a modified loader on compromised devices with the help of the widely used VLC Media Player, according to researchers at Symantec, a division of the American semiconductor manufacturing company Broadcom.

The reason India’s government blocked the VLC portal is unknown. Furthermore, as per press sources, the VLC Media Player was made illegal about five months ago without warning from the government or the VideoLan organization. Since VLC programs were still primarily operable in India and only restricted internet access, the subtle “ban” remained unnoticed.

Several stories, however, suggest that the action was carried out as a consequence of Cicada, a Chinese-backed hacker organization, exploiting the program for assaults. It is claimed that Cicada installed malicious malware on target computers using VLC Media Player as part of a more extensive hacking operation.

The government chose to limit these applications because it suspected the platforms of sending user data to China. Notably, a Chinese company does not provide support for VLC Media Player. It was built by the French company VideoLAN.

You can contact us through the comment below if you have questions regarding VLC Media Player Banned in India.